Projects funded in call 2017-I

The Infrastructure initiatives proposals were evaluated  by a multidisciplinary evaluation committee composed by selected members of the internal review committee of the KWF Advisory Board and external (inter)national experts.

GENONCO: GENomics portal for precision medicine research in ONCOlogy
PI E. Cuppen, HMF
Funding granted: €1.600. 778
The aim of GENONCO is to create linkages between HMF data and other data resources and thus provide the researchers with easy access to multimodal and complementary data resources including the  HMF genomic database. In this context, GENONCO will evolve around the FAIR data principles contributing to findable, accessible, interoperable and re-usable data.

CustoMICE: a facility for production and distribution of engineered mouse models for  cancer research
PI: J. Jonkers, NKI
Funding granted: €866.548
CustoMICE aims at the generation and distribution of mouse models for basic and translational cancer research and immuno-oncology. In addition to the  development of novel methods for mouse engineering and refinement of  existent ones, CustoMICE will aim at  improving the efficiency in mouse generation and thereby contributing to the 3Rs  by methodology refinement and  reduction in the number of animals.

The BETER-REFLECT biobank: A REsource For studies on Late Effects of Cancer Treatment
PI: F. van Leeuwen, NKI
Funding granted: €938.338
The aim of the BETER-REFLECT Biobank is  to establish a national biobank with biospecimens and related data from medical records and patients questionnaires of all the lymphoma survivors identified through the BETER Consortium.

Infrastructure Initiatives funded in the course of 2017

Back to the main page on Infrastructural Initiatives 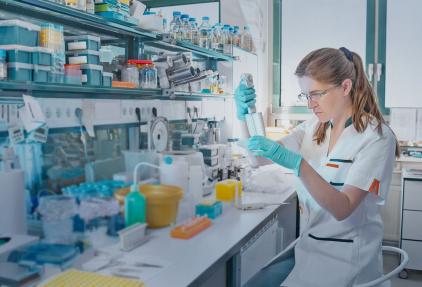